These massive plasma clouds can disrupt power systems and satellites, but they can also produce spectacular aurora borealis.

Coronal mass ejections (CMEs) are huge expulsions of plasma and magnetic field from the corona, the sun’s atmosphere.

CMEs are slower moving than solar flares, which are bursts of electromagnetic radiation that travel at the speed of light and reach Earth in just over 8 minutes. CMEs traveling at nearly 1,900 miles per second (3,000 kilometers per second) can reach Earth in 15 to 18 hours, while slower CMEs traveling at 155 miles per second (250 kilometers per second) can take several days , according to the National Oceanic and Atmospheric. Administration’s Space Weather Prediction Center.

These slower travel times are beneficial as they give us more time to prepare for an unexpected visit. CMEs can disrupt power grids, telephone networks and satellites and expose astronauts to harmful doses of radiation. CMEs, on the other hand, are a welcome guest for skywatchers worldwide as they can bring about spectacular aurora borealis that can be seen at latitudes well beyond their “typical” polar range.

According to NOAA, coronal mass ejections are caused by the twisting and realignment of the sun’s magnetic field, known as magnetic reconnection. When the magnetic field lines “entangle”, intense localized magnetic fields emerge, which can pierce the surface of the sun at active points, resulting in CMEs.

CMEs occur primarily around sunspot groups and are frequently accompanied by solar flares, although the two do not necessarily occur simultaneously. In fact, according to the Center for Science Education at the University Corporation for Atmospheric Research (UCAR), experts still don’t know how the two phenomena are related.

CMEs, like solar flares, are most prevalent during solar maximum, the 11 years when the sun is most active. CMEs grow larger as they move away from the sun after being emitted.

“By the time it reaches our planet, the largest CMEs can cover more than a fifth of the distance between Earth and the sun,” according to NOAA.

According to NOAA, if a CME is large enough and moves faster than the solar wind, it causes a shock wave. Accelerating charged particles outpace the CME, disrupting space weather and increasing geomagnetic storms.

Usually these brilliant light shows are limited to the polar regions. Yet auroras can be visible at much lower latitudes during major magnetic disturbances generated by a CME, according to the ESA. 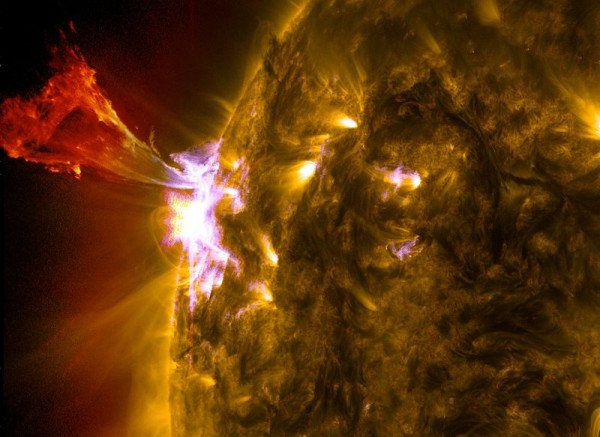 According to NASA, the Carrington event – a huge solar storm triggered by a CME – caused aurora borealis in tropical latitudes over Cuba, the Bahamas, Jamaica, El Salvador and Hawaii in 1859 .(opens in a new tab).

Large CMEs can create technical failures, which are particularly problematic in today’s environment.

But how do CMEs cause all this havoc? 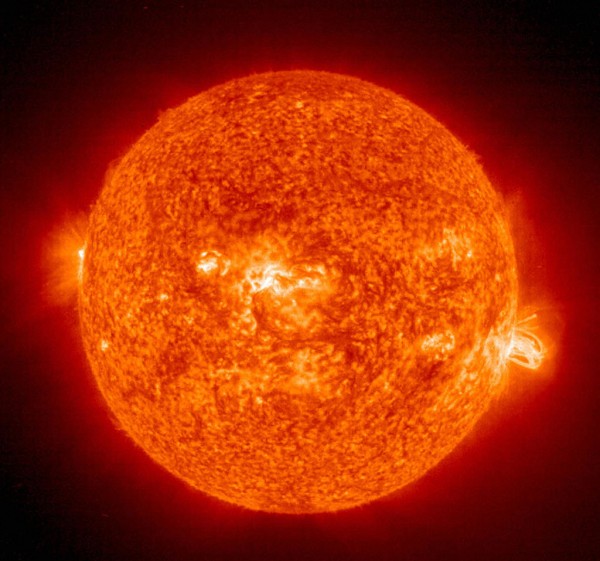 GPS devices are particularly prone to disturbances in the ionosphere, and GPS locations have been observed to drift several tens of feet during CME events. The problem arises because GPS relies on radio waves to communicate between a satellite and a receiver on the ground. According to NOAA’s Space Weather Prediction Center, the radio signal passes through a layer of ionosphere containing charged plasma, which bends the path of the GPS signal in the same way that lens deflection light bends light. Normally, GPS systems can correct for this curvature of the radio wave and maintain GPS accuracy. During a CME, however, the ionosphere can be so disturbed that GPS models cannot track the changes and receivers cannot determine an accurate position.

Satellites in Earth orbit are vulnerable to CMEs, especially those in high geosynchronous orbit, where most communications satellites are placed, according to NASA’s Goddard Space Flight Center. Satellites can be impacted by a strong current discharged into the satellite or damaged when high energy particles reach the satellite when a CME generates a geomagnetic storm. As a result, sensitive satellites can be put into “safe mode” to prevent electrical damage.

Related article: Can we survive a catastrophic solar storm? What to do when a solar flare hits Earth

For more cosmic news, be sure to follow Nature World News!

© 2022 NatureWorldNews.com All rights reserved. Do not reproduce without permission.