Nowadays, every person uses cell phones for several hours a day, however, many people fear that their smartphones may cause serious health problems, which is not so surprising. Let’s dig into it.

The most dangerous radiation for us is ionizing radiation which can damage human DNA and cause cancer, but your cell phone does not emit this type of radiation. Cell phones communicate with cell towers using a form of radiation known as radio frequency, or RF, radiation. The word radiation is right there because it is the form of energy on the electromagnetic spectrum. Smartphones emit waves which are non-ionizing electromagnetic radiation that gradually damages genetic material over long exposure.

Doctors and scientists take the potential health risks of cell phones seriously, and numerous studies have been conducted to determine if there is a link between cell phones and cancer. A study of one million women in the UK has found what appears to be a weak link to a tumor called acoustic neuroma, a benign tumor of the nerve that connects the ear to the brain. More frequent cell phone use was correlated with a higher risk of contracting this tumour. But the study followed the subjects for seven years to verify the link, but the authors concluded that the study was a statistical fluke and there is no link between the two.

What is the SAR value in mobile phones?

Mobile phones are designed by a company, keeping the SAR value in mind. You may have heard of a phone giving a SAR value of 1.55 watts per kg. SAR is abbreviated as Specific Absorption Rate. The SAR value relates to the radiation rate, as it will tell you how much of your phone emits electromagnetic radiation. The unit of SAR is watt per kg. In European countries, the standard SAR value for mobile phones is 2.0 W/kg. To measure the amount of radiation emitted by mobile phones, a phone must be certified by the authorities and to be marketed in the United States and the United Kingdom it must be less than 1.6 W/kg of body weight. So, which smartphone brand gives us the most SAR value? Well, companies like Apple, LG, Motorola, Vivo, Oppo and Samsung have configured some of their mobile devices to SAR less than 0.5W/kg, on the other hand, the same brands are offering SAR greater than 1. You can read the 2022 updated list of phones that emit the most and the least radiation here.

Keeping in mind that mobile phones may not cause cancer, but as you know prevention is better than cure. To stay safe and sound, you should take the following steps to prevent health risks.

1. While you sleep, try to keep your phone 2-3 meters away from your bed.

2. Wait for the call to connect, because when the call is connected, the radiation is at its maximum because it picks up the signals on its receiving antenna when your audio call is connected. So try to take a minimum of time to communicate via your mobile.

3. When you’re not watching anything on your phone, try keeping it on airplane mode.

4. If you are in a certain area where the signals are not enough, please avoid using your phone.

Take a look at the infographic below “Is cellphone radiation what you should be worried about?” from Pandasecurity for more information. 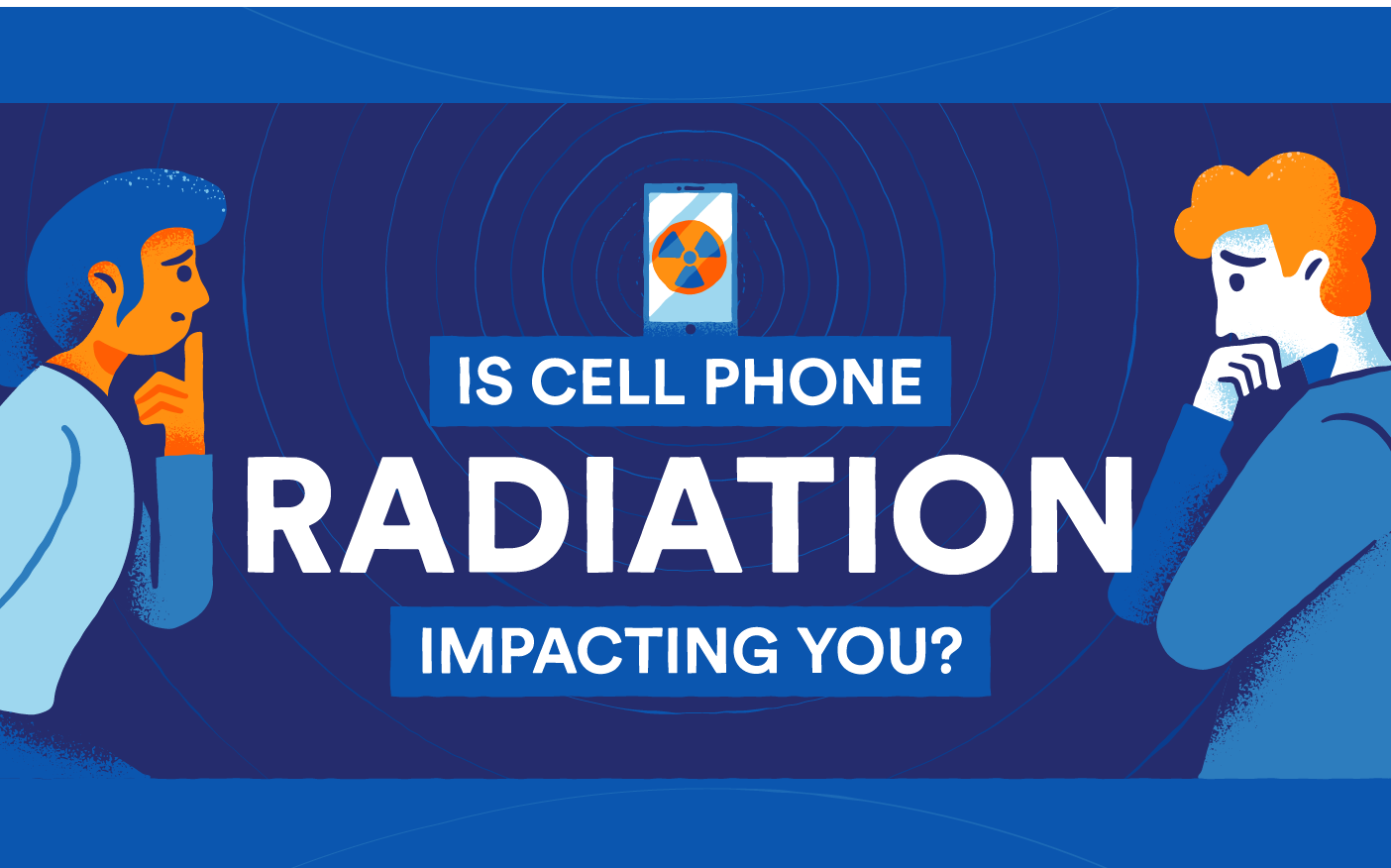 Read next: E-commerce may not overtake in-person retail this year according to new research