Jonas Salk, for example, had no problem giving his children an early dose of the polio vaccine he was perfecting.

In the spring of 1953, when Peter Salk was nine years old, he knew polio was something to be feared. Of course, he mostly echoed his parents’ concern, because by then the virus had killed more than 3,145 people, the majority of them children, and left 21,269 others with mild to crippling paralysis. But when his father, virologist Jonas Salk, came home with the latest version of a vaccine he was working on, along with syringes and needles, Peter didn’t find it weird. He remembers how he and his siblings watched their father “sterilize the equipment on the stove, line us up and give us injections of the experimental vaccine”. At the time, he was just upset about getting stung.

“I hated injections, as did my two younger brothers,” says Peter. Before that, he had even gone so far as to hide from the shots, forcing his parents to come find him. “It was one of my least favorite experiences in life. So that was what worried me.”

Peter was unaware of the importance of his father administering the polio vaccine to himself and his family about a year before large-scale clinical trials tested the vaccine on young children from the general population. “I have no memory of metabolizing that experience as something significant,” Peter recalls. And historically speaking, it’s not that unusual for scientists to take their work home in such an extreme way. The Salk Family Vaccination Night is part of a unique tradition that spans centuries – scientists use their loved ones to demonstrate the highest level of confidence that something they’ve developed is completely safe.

Clearly, many of the earliest family experiences we know today occurred at a time when there were not the same protections in place for children as there are today. Although current regulations for scientific experiments involving children state that children may only be exposed to minimal risks with parental consent, it took the Department of Health and Human Services until 1983 to put those standards in place, leaving the parent-scientists with plenty of time to experiment on their offspring.

Salk was in good company in this regard. German professor Johann Autenrieth, for example, set out to test the premise that sawdust could help with food shortages in 1817. As such, he used sawdust as a type of flour to make various foods including porridge, soup, dumplings, pancakes and bread. – and fed them for himself and his children. Besides the realization that the sawdust “constrained the throat” and caused “oppression” of the stomach, it was considered a successful experiment by 19th century standards because no one died.

Similarly, in 1912, British electrical engineer Thomas Thorne Baker had a theory that high frequency electromagnetic waves could stimulate the growth of biological organisms. After testing her peaches and chickens theory, Baker put her five-year-old daughter in an electrified cage. She was fine and reportedly said, “I felt beautiful all the time” about being caged. Unfortunately, it didn’t seem to make her fat.

As ridiculous as these retrospective experiences seem, they underscore a principle that is still present today, says post-doctoral researcher Joseph Richardson. In many ways, a researcher’s willingness to experiment on his family is an extension of his willingness to experiment on himself – something Jonas Salk has done, in addition to many other scientists throughout history. “A big concept that I keep central to my research goals — and even when taking medical advice — is, ‘Would I use this on my own children? “, Says Richardson, who is in his third year at the University of Tokyo. “When a scientist or an educated professional doctor uses a treatment or the like on his own children, it gives me the assurance that this person believes in science. .”

Richardson’s research involves developing antimicrobial coatings that can be sprayed onto surfaces for added protection against viruses like COVID. “When I got my conclusive positive lab results that this coating stopped lipid-enveloped viruses, I sprayed it on my own clothes and masks, as well as those of my wife and son,” says Richardson. .

However, he makes an important distinction between testing and using the product, as he cannot study his family and remain objective. “It’s almost impossible to test something on your own child now if you want it to be peer-reviewed, but you can test it on yourself no problem,” notes Richardson. The main difference between “testing” and “using” the spray is that he’s not intentionally exposing his three-year-old to COVID to see if it works. “I just used it, because I trusted the science and wanted it to have that protection.”

The same was true for Peter Salk. His father wasn’t trying to expose him to polio, but he had enough evidence to be sure his vaccine worked and was safe – both from animal trials and studies in children who already had polio. – so he wanted to give his children extra protection. “It wasn’t a Frankenstein experiment where you grabbed the child closest to the swings,” jokes Peter, who followed in his father’s footsteps and is now an infectious disease doctor studying the production strategies of vaccines and immunotherapy at the Salk Institute for Biological Studies, the lab his father started.

He mainly focuses on cancer and autoimmune diseases, so he was never able to use his research on his family. But he admits to carrying on the tradition of experimenting on himself in college when he had stomach problems. At the time, he suspected he had an egg allergy and devised a series of elaborate skin tests to determine that he had an immediate reaction to the egg white and a delayed reaction to the yoke about 18 to 24 hours later. late. “I really got carried away with the process of self-experimentation,” Peter tells me.

Her doctor was “rather shocked” and told her to stop experimenting with eggs. It would be easy to put it down to the old adage, like father, like son. But in truth, it was much more about the scientific apple that didn’t fall far from the tree.


Lauren Vinopal is a New York-based writer and comedian who writes primarily about health, science, and men. She’s the host of the Mid Riff Comedy Show in Brooklyn, a frequent guest on podcasts everywhere, and lives the life of a teenager who looks like she hasn’t slept in years. 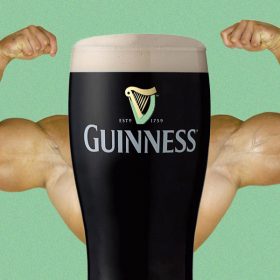